O is for Oxymorons

We're delighted to welcome guest Joanne Guidoccio back to Heroines with Hearts! 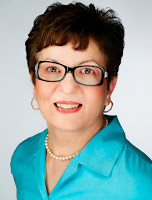 I collect oxymorons—or to be more technically correct, oxymora—and like to pepper my conversations with same difference, random order, and open secret. When I use less common oxymora such as planned spontaneity, controlled chaos, clean dirt, and pontificatory salvos, I enjoy watching the puzzled expressions on the faces of listeners who wonder whether they should laugh or not.

But I was taken aback by the yoga oxymoron that appeared in the pages of my cozy mystery, A Season for Killing Blondes.

While creating a character sketch of protagonist Gilda Greco, I decided to include her interest in yoga. I had originally intended for yoga instructor Jean Taylor to be a minor character, but she decided to misbehave, and in doing so, found herself embroiled in a murder investigation.

In the early chapters, we hear only positive comments about the calm and thoughtful yoga instructor who lights candles and radiates kindness and goodness. She takes an active interest in the lives of her students and goes out of her way to make them feel welcome and at ease in her classes. Able to effectively lead classes of five or thirty, Jean supports a spontaneous, intuitive style of teaching. Quietly, she works the room, letting each of her students know she is watching and paying attention to their moves while stopping to give a gentle nudge, a firm adjustment, or a high-five.

And she thinks nothing of extending that positive energy beyond the walls of her yoga studio.

Weeks before the opening of Gilda’s ReCareering office, Jean researched and ordered a River Rock Lucky Bamboo plant. Unable to restrain herself, Jean gushed to everyone about the three symbols—wealth, happiness, longevity—inherent in each plant.

Without giving too much away, I’ll say that Jean experienced an abrupt change of plans when she decided to personally deliver the plant on the eve of Gilda’s Open House. Thrown off kilter, she retreats to her aunt’s cottage and resurfaces several days later in an altered state.

“Stay out of my life, bitch!” A blast of cool air accompanied a loud, vaguely familiar voice. Jean Taylor stood in the doorway, clutching a pair of scissors in her hands. The normally well-groomed yogini wore baggy gray sweats. Her blonde hair hung in disarray and looked like it hadn’t been washed in days. Jean’s angry eyes surveyed the room, and then she walked briskly toward the bamboo plant. She savagely cut the stalks and threw them on the floor. “May you have decades of bad luck.” She slammed the door and ran out.

A yoga instructor with anger management issues – Could she have murdered four blondes? 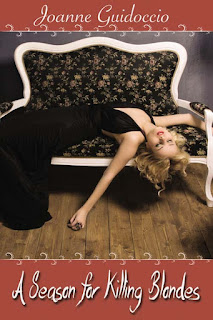 I certainly love cozies and can't wait to read this one. Thanks for guesting with us again, Joanne. It's always so nice to 'see' you here! :)
Posted by Debra St. John at 5:03 AM