Ana updates a list of Helpful Sites for Romance Writers.
What would you add?

Top romantic quote selections     50 most romantic lines from literature via Stylist magazine can be instructive in crafting memorable lines for your own romances.

Writing-world’s romance section includes this guide to choosing names for your romance protagonists.

Artofmanilness.com   how to do things like open a champagne bottle with a saber

What does Debra do in between releases?

It's been a while since I've had a new release. My last release was New Year's Eve at The Corral which made its debut last December. The beginning of this year started out with a fairly major dry spell for me. I was away from writing for a really, really long time. I picked it back up in the summer again and was able to make enough progress to submit a completed story to a new publisher in October. As you know, now I'm in a holding pattern on that one until I hear back...probably in January or February.

In the meantime, I spent the month of November on a new project and won my first NaNoWriMo. At some point I need to finish up that mss and get it polished to send off...somewhere. It will all depend on what happens with the submission I have out there right now. I have to admit, I was a bit burned out after NaNo and haven't really been back at actual writing with any kind of consistent schedule at all. But I'll get back to it. The characters and setting are never far from my mind, I just needed a little break after the intensity of November.

In December I participated in a Facebook release party for a fellow TWRP author. I'd done a very simplified release party for myself once, but had never participated in one for another author with a multitude of 'hosts'. It was quite the adventure! I learned a lot. During the event I noticed that many of the authors have really neat 'promo ads' as I call them. (I'm sure they have an actual name, but that label works for me!) Since I've been trying to be a bit more active on social media, I've noticed a lot of these 'promo ads' as well on both Facebook and Twitter.

So I decided to give it a go. I'm a big fan of Publisher, so I did some copying, pasting, cropping, resizing, and downloading free clip art and graphics, and I've been creating my own promo ads. After creating in Publisher, I save as a jpeg and then I can just insert into posts on Facebook and Twitter as a picture. Here are the ones I've done so far: 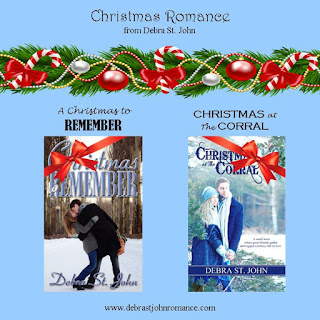 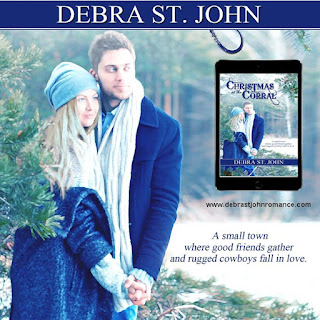 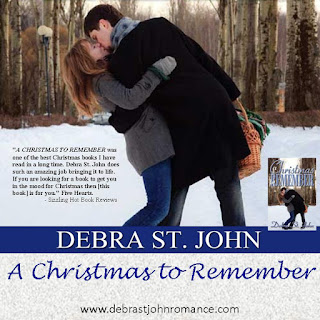 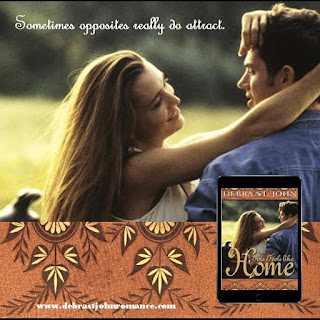 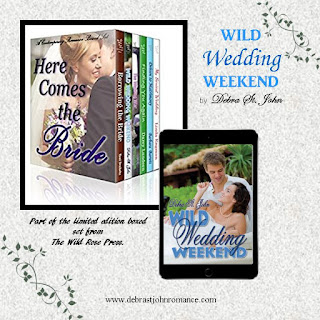 This week I'll do one for my NYE story, and then probably put together ones for my other books as well. I also want to do one for my Corral series and one for just the holiday stories. They're pretty quick and easy to do. I don't spend hours and hours on them for sure. A professional graphic artist would probably do a bit better with design and layout, but for me, they work. And they're fun for me to do! I try to do each one a little bit differently, but I'm really digging the cover inside a e-reader device, so I tend to use that a lot. Sometimes I include a blurb or a tag line or a review.

I've joined some book marketing Facebook sites, so last week I was really plugging my Christmas stories. Even though they aren't new releases, it's been fun breathing new life into them with different posts and these 'promo ads'.

So, no, an author doesn't really ever have down time, it's all a matter of figuring out how to drive readers your way, whether your release is brand spanking new, or if you're just revisiting it to attract a new audience. Updating my web-site and taking a look at Instagram are also on my to-do list in the next couple of weeks.

In my continuing quest to try new marketing things, and while I wait for my galleys to be sent to me, I decided to try Instagram for my author account.

I’m on Instagram personally—I love posting photos of my family or events, and playing with the filters is fun. Because I do post photos of my kids, my account is private—if I don’t know you, and know you well, I don’t allow you to follow me.

But photos are popular everywhere on social media. Posts that include them get a higher reach. Readers like to get a glimpse into authors’ lives. And my publisher said that Instagram is the number one social media platform.

So I created an author account on Instagram—authorjenniferwilck. Not very creative, but there it is. Instead of making the account private, it’s public, so anyone can follow me. I post a photo a day of anything having to do with writing—my books, my blog, my writing space, a book I’m reading. And I hashtag the heck out of everything I post, choosing hashtags that are pertinent and popular.

So far, it’s been fun and seems to be working. In two weeks, I’ve gotten almost 60 followers (weeding out the creepy guys—FYI, if you’re going to use a hashtag with romance, make sure there is a word after romance, like writer or author. Otherwise, you get lots of men who think you’re looking for a date.). They are growing slowly and steadily.

I’m hopeful that this platform will increase my reach and enable me to promote my books to another group of readers. Since I set it up as a business account, I plan to run ads when my book is ready for release.  I’ll let you know how it goes, but in the meantime, feel free to follow me!
Posted by JENNIFER WILCK at 5:28 AM 8 comments:

Getting to the heart of the story

Ana muses about getting the first chapter right.

I've written three drafts of my WIP's opening chapter, one from each main character's POV. Now I have to decide which works best.

The heroine is Mary Masters, eighteen-year-old daughter of a wealthy investment banker in 1889 St. Louis. Pampered and sheltered by devoted parents, Mary has grown up sweet and idealistic. She believes she's independent and free. She's well-educated in the finer things in life: dancing, the proper way to serve tea, when hat and gloves are required. She's a talented pianist and a generous contributor to charity causes.

Her family expects her to marry a Society man, namely Carville Phillips, whose father is a well-connected St. Louis attorney. He expects his son to graduate from law school and join the firm. Trouble is, Car prefers to carouse all night and sleep all day. (He's the villain.)

In the dead of last night, I realized I needed to formalize the theme of the story:  love vs security. Does a young woman of privilege settle for a life of soul-killing comfort, or will she dare to risk everything for a forbidden love?

I think now I know whose POV should rule the opening chapter.