Tying up the Loose Ends

There were times last year, during the upheaval of changing publishers, when I wondered if I’d ever finish it. I started it in March 2017 but had no real motivation to continue it for about three months. In August, I began again, with some new ideas about the problems I was going to throw at my characters. 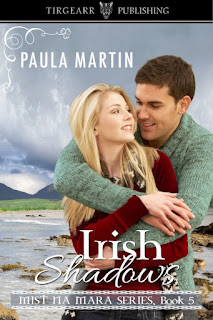 The ‘blurb’ sums up these problems:
After a heart-breaking experience, Rose Finlay has vowed never to give another man a chance to hurt her – until Liam McKenna arrives at Mist Na Mara Arts Centre to organise an anniversary celebration event. Liam has his own reasons for not wanting to embark on a new relationship, and both fight the mutual magnetic attraction.
Shocks await them when Liam meets the boy his sister gave up for adoption twenty years earlier, and Rose’s ‘ex’ makes contact with her thirteen-year-old son. Rose also discovers a betrayal which has divided her family since the Irish Civil War in the 1920s.
Will Liam and Rose be able to resolve all the shadows from the past in order to find a future together?

As you can see, the characters have quite a lot to deal with in addition to their relationship issues, but I enjoy playing with different strands and trying to interweave them. My big problem came when I was nearing the end of the story, and needed to untangle all those strands and tie everything up so that there were no ‘loose ends’. I knew (roughly!) how each strand was going to be resolved, but didn’t know when or in what order.

I eventually made a list of the resolutions of each sub-plot, made some vague notes about possible events leading to these resolutions – and then worked backwards, which is something I’ve never done before. Doing that helped me to decide, for example, that event A needed to happen before event B, and that C, D, and E might work better as D, E, and C!

Long discussions with my brain-storming partner over several pub lunches helped, too, although I do wonder what the couple at the next table must have thought if they’d overheard our conversation about how long a body in a shallow grave would take to decompose! I do hope they weren’t the same couple who overheard us a couple of years ago (when I was writing ‘Irish Secrets’) discussing the best place to hide stolen goods.

Anyway, I finally managed to work out the order of events (although, of course, the characters did decide to deviate from my basic outline a few times!), until all the loose ends were tidily and happily resolved.

Irish Shadows will be available for a few more days at the introductory price of 99c/99p.

Jennifer is a finalist in a writing contest...

This weekend I found out that my book, In the Moment, is a finalist in the Stiletto Contest, sponsored by the Contemporary Romance Writers (an online chapter of the RWA). I was thrilled, to say the least. It’s my favorite book and it’s only the second time I’ve ever finaled in a contest before. As a bonus, the graphic they give the finalists is pretty! 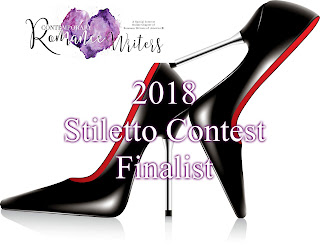 But what I found most interesting is the score sheet they returned to me for the book that didn’t final. For whatever reason, the contests I’ve entered in the past have never returned those before and I was curious to see what the judges said.

There were three of them. One was unpublished, the other two were published in romance. They were all members of RWA. They were to rate the book on a scale of 1 to 5 in a variety of different categories. They could use decimals if they wanted, and they were encouraged to leave comments.

Contests are subjective, and these comments and ratings were too. While there was some agreement in certain areas, for the most part, the three judges differed significantly in areas such as conflict, POV and voice. I respect the time they took to read my book (as well as many others), and their opinions, even though I disagree with many of them. But there were a few things they pointed out that are good for me to be aware of in the future.

All in all, it’s exciting. I’m thrilled to have even been a finalist with one book—it was a much needed boost.
Posted by JENNIFER WILCK at 7:25 AM 6 comments:

The steamboat had a bell
Miss Susie went to Heaven andThe steamboat went to––Hello operator,Give me number nine.
and if you disconnect me
I’ll chop off your be–--’hind the heavy iceboxthere was a piece of glass,Miss Susie sat upon itand hurt her big fatAsk me no more questions,Tell me no more lies.The cows are in the pasturemaking pies for—

Flies are in the kitchen,Bees are in the park.Boys and girls are busykissing in the dark.This reminded me of another rhyme that girls used to sing when jumping rope. 'Bill and Sarah, sitting in a tree, K I S S I N G. First comes love, then comes marriage, then comes baby in the baby carriage.'

Pretty bawdy stuff for kids, my heroine thinks. But she's from a rich family and knows her father didn't invest in her classical music education so she could become a vaudeville act.
She and Tess are due to start entertaining in fifteen minutes.
Will she?

Debra is re-prioritizing her life.

Over the last few months, heck...probably the last few years, I've been debating and debating about what I wanted to do with my writing career. I really love my small press, but was wondering if maybe it was time to branch out a bit. I had an iron in the fire that didn't amount to anything. Recently I've had a huge upswing in auditions for getting my books into audio. (Three are on the market now.) A contest caught my eye, as one of the final judges was an editor at Harlequin, and I figured that would be a good way to possibly get my work in front of her. It would require shortening a mss, but a couple beta readers (Thanks, Paula!) had encouraged that, so it was definitely something to consider. But as I read further through the contest final judges, another name jumped out from another publisher. One I've been really, really interested in. Problem with this one was I'd already been rejected by them for the mss I thought of entering. Did I try a different, albeit incomplete, one and hope that if it caught her eye I'd have it done by fall when the finalists were announced? The deadline is fast approaching, and I still have yet to make a decision.

Probably because I think what I've decided overall is to take a sabbatical from my writing. It's going on the back burner for now.

Oh, I'll still do some publicizing of books I already have out there. And with finalized audio books coming at me left and right these days, I'll be spending time getting together some publicity and campaigns for those. But I'm not going to make writing a huge priority. If the muse happens to strike, my fingers will hit the keyboard and knock out whatever pages I can, but I'm not going to force myself to write every day. And I'll still post and follow and like on Twitter. And of course here at Heroines with Hearts. (Although I am thinking of switching my Facebook account over to my real name instead of my author one, if that's even possible to do.)

I have other things going on in my life right now that I want to focus on. Effective July 1 I will be the president of my local historical society, and I am so excited about that! Oh boy do I have plans! I've written up my five-year plan already and have started outlining and gathering materials for a series of monthly programs I want to develop. I am definitely going to be a hands-on president. So that's where my focus is going to be for the time being.

Writing has always been a hobby for me, not generating anything I can call income in any sense of the word. I thought maybe it was time to go after writing in a more career-minded way, but I've found that my mind is less and less focused on writing and more and more focused on other things. New directions. New opportunities.

I still consider myself to be a writer and always will. But for the time being...I'm going to be a writer who's not writing. Will I come back to it? Hopefully. I still have lots of ideas in my head for stories, books, and series, and I really, really hope that someday they'll see the light of day in published form. But my instinct at the moment is to set that aside and do other things.

So that's my story and I'm sticking to it.