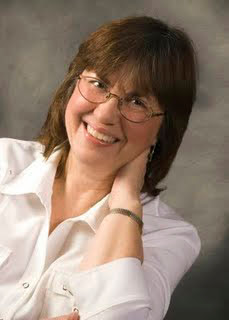 Our Friday Friend today, Morgan Mandel, is a former freelancer for the Daily Herald newspaper, prior president of Chicago-North RWA, prior Library Liaison for Midwest MWA, and belongs to Sisters in Crime and EPIC. She enjoys writing thrillers, mysteries, romances and also enjoys combining them. Her latest paranormal romantic thriller is Forever Young: Blessing or Curse, Book One of the Always Young Series, available in Print, also on Kindle, Nook, Smashwords and more. Other available novels by Morgan Mandel include the romantic suspense, Killer Career, the mystery, Two Wrongs, and the romantic comedy, Girl of My Dreams. Morgan is now working on Book Two of the Always Young Series, called Blessing or Curse: A Forever Young Anthology, where readers will learn what happens to others who have taken the Forever Young pill.  One more book will follow bringing back the original heroine to close out the trilogy.
Would You Take a Trial Medication?


When I was young and living at home, I remember my mother was daring enough to take part in a trial run for a blood pressure medicine.  Since she was always a health conscious person, who even went so far as to serve us raw sugar on our kitchen table instead of the refined type, and never let us drink Kool-Aid, which she called sugar water, now that I’m older I wonder why she agreed to take part in that trial. Did her doctor talk her into it? Or, because our family was so poor, did she do it out of necessity? Fortunately, she didn’t seem to suffer any ill effects that I know about. Maybe it even helped her. I was too young to know all the details.
Dorrie Donato, the newly widowed heroine in my new romantic thriller, Forever Young:  Blessing or Curse, is invited by her husband’s boss to become part of a trial run on a new drug, one much more radical than the one my Mom took. If it worked, Dorrie could change from 55 to 24 and keep on hold at her new age as long as she faithfully took the pill.
Life wasn’t good since she’d lost her husband, Larry. He’d been too much a part of her life to pretend he’d never existed. Also, a bone density test had already shown she had osteopenia, the precursor to osteoporosis, the disease from which her mother had horribly suffered. Added to that was the fact her thyroid was shot. On a lesser scale, she wasn’t too thrilled about her thickened waist, wrinkles and veins. All those reasons led Dorrie to take the huge step of being a pioneer for a new drug.
Dorrie reverted to that earlier age, but still couldn’t get her husband out of her mind. She’d give up her new life in a flash if she could grow old with him instead, but that was not an option. She must make the best of life without him.
The pill worked remarkably for Dorrie, but then she discovered there are other ways to die besides taking an experimental pill.
I made her desperate enough to take the Forever Young pill; but, being the cautious person I am, I wouldn’t have done so. In fact, I wouldn’t want to take part in any medical trial run. Then again, I live in the real world and not a story book. What about you?  Would you, or have you, taken part in any medical trials? 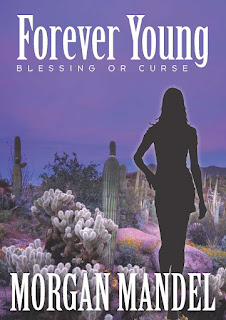 Forever Young: Blessing or Curse
Fresh beginnings turn tragic when Dorrie Donato’s husband, Larry, is killed in a hit and run accident a few months after starting a new job at the Life is for Living Institute. Discouraged and desperate after suffering countless setbacks, Dorie accepts an offer by  Larry’s boss, the famous Angel Man, to  be the first to test an experimental pill designed to spin its user back to a desired age and hold there, yet still retain all previous memories.  The pill seems too good to be true. Maybe it is.
Thanks for letting me share a little about my Mom and my book, Paula.
It's a pleasure to have you as our guest, Morgan - and you've certainly got me thinking about a 'Forever Young' Pill!
You can find Morgan at
Blog: http://morganmandel.blogspot.com
Website: http://www.morganmandel.com
Links For All Formats & Excerpts to all of Morgan’s books: http://morgansbooklinks.blogspot.com
Posted by Paula Martin at 1:46 AM